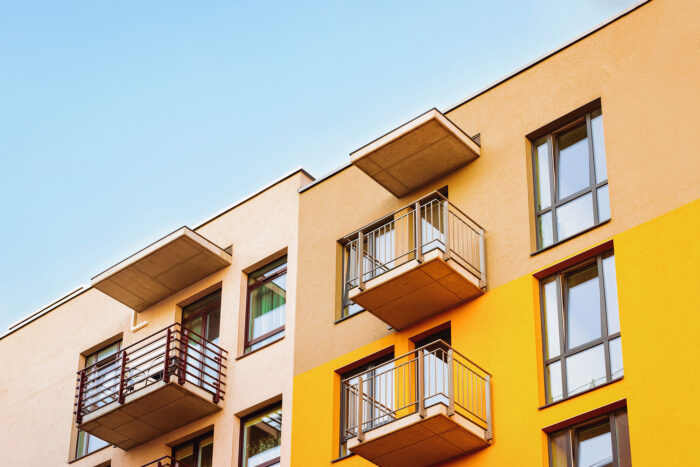 The External Wall Fire Review process, commonly referred to as ‘EWS1’, evaluates external wall systems including cladding on multi-occupancy high-rise buildings and has been an important step towards fire safety.

The Background to EWS1

The Grenfell Tower tragedy over four years ago triggered a government and industry-wide response to the issue of fire safety in multi-occupancy blocks. Herald the arrival of form EWS1 in December 2019 which was intended to record in a consistent and universal manner a series of assessments on the external wall systems on residential buildings.

This review was designed for buildings over 18 metres in height or where there were specific fire safety concerns. Only specially designated competent professionals were to be allowed to carry out the assessments and the form was endorsed by RICS, the Royal Institution for Chartered Surveyors. The review process and form were structured to give a black and white conclusion, ‘safe’ or ‘unsafe’, and avoid the pitfalls or ambiguity.

However, the Ministry of Housing, Communities and Local Government (MHCLG) gave guidance that the form should be set in the context of a broader landscape of fire safety.

It is not just building residents and the fire safety industry who are interested in protection from fire; anything that involves the assessment or survey of a building’s construction, including the external wall system, is going to be of immediate interest to valuers and lending institutions as part of a mortgage assessment. Almost immediately, this tool was not only used by lenders to evaluate external building systems but applied more widely to buildings which were never intended to fall within the remit of EWS1.

Unfortunately, EWS1 became adopted in a far broader context than was originally intended as mortgage companies and lenders very quickly started to ask their valuers to look more closely at fire safety and adopted the use of the EWS1 form for valuation on all properties within multi-occupancy blocks regardless of whether they had cladding or not.

Pretty quickly, it became apparent that there were properties which were going to need remediation works before they could be sold or even offered to the market. In the immediate period after inspection, interim measures may also need to be put in place to make a building safe whilst a more permanent solution is sought.

As a result, a log jam of properties stuttered, unable to be sold or re-mortgaged, trapping their owners, whilst everyone else argues about who should pay for the remediation works. Moreover, there were also not enough people available ‘deemed competent’ to compete the EWS1 form. For obvious reasons, this couldn’t include either the building owner or the property manager. To make things worse there was a reluctance for insurers to offer indemnity cover for the pool of professionals undertaking the assessments due to the lack of clarity surrounding the application of the form and the huge sensitivity about external wall cladding after Grenfell.

The onus placed on the fire safety inspectors was huge and complex with a massive responsibility to harvest information past and present about the external wall system on any particular building.

Paralysis In The Flat Sale Market

High insurance costs, limited availability of coverage, lack of fire safety professionals combined with an almost universal application of EWS1 by lending institutions led to a halt not just for fire safety assessments which are urgent for residents’ safety but also within the broader context of the property market.

The government’s own CAN – Consolidated Advice Note – stated that all buildings must be checked regardless of height after the introduction of EWS1. However, in 2021, in something of a surprise U-turn, the Housing Secretary made an announcement that buildings under 18 metres in height would no longer require EWS1 forms.

Within a week, it became clear that lending institutions were not going to budge until the government changed or removed the relevant CAN and RICS changed its EWS1 guidance.

Moreover, buildings that had been checked quickly after the introduction of the process, would still need remediation works if they had been deemed unsafe, even if after the latest government announcement, they no longer in theory required an ESW1 form. As a consequence, the government stipulated that these buildings be re-checked but in reality, this meant potentially more cost and more delay.

RICS also stepped in during March 2021, stating that where a building owner has met the advice in CAN an EWS1 form should not be required. An EWS1 form is also not required for a building over 18 metres that has a valid building control certificate in place however, some lower-level blocks will still need an EWS1.

In reality, some lenders were still insisting on EWS1 forms despite the properties not falling within the criteria defined by RICS and, there were industry reports of some financial institutions also requiring further evidence in addition to an EWS1 in the form of a statement from the Managing Agent pertaining to the safety of the block.

The government, in an attempt to resolve the implications caused by the universal application of EWS1, introduced through the PAS 9980 a different type of assessment – the Fire Risk Appraisal of External Walls (FRAEW) – which aims to provide guidance on how to review the external wall systems and construction on multi-occupancy blocks. Unlike the EWS1 form, which is mainly for valuation purposes, the objective of FRAEW is to provide a more risk-based approach and make the evaluation process more consistent. In many cases, the FRAEW may provide evidence that an EWS1 form is also needed to be completed. The PAS 9980 came into effect on 31st January 2022 and replaced the CAN.

After the Grenfell Tower fire, it was obvious that something had to be done quickly but the implications of EWS1 reviews were perhaps not thought through.

It seems that EWS1 has put fire safety above all else and hang the consequences in the real world. Moreover, some question whether even fire safety is being promoted amidst all the wrangling about who should pay for remediation works and a landscape of general caution and uncertainty. Flat owners are stuck, lenders are understandably cautious and desirous of protecting their commercial interests and government announcements do not have enough traction with either financial institutions or RICS to really move the situation on.

For property owners and leaseholders, there is a bottleneck. Faced with inevitable delay if they want to sell and the prospect of large remediation costs, figures suggest there are still around 1.3 million people trapped and unable to sell their property despite the efforts of both the government and RICS to provide clarity.

Never out of the media one thing is for certain, the debate around the application of EWS1 and the wider context of who should be responsible for remediation costs on buildings deemed unsafe, is set to continue for some time to come.